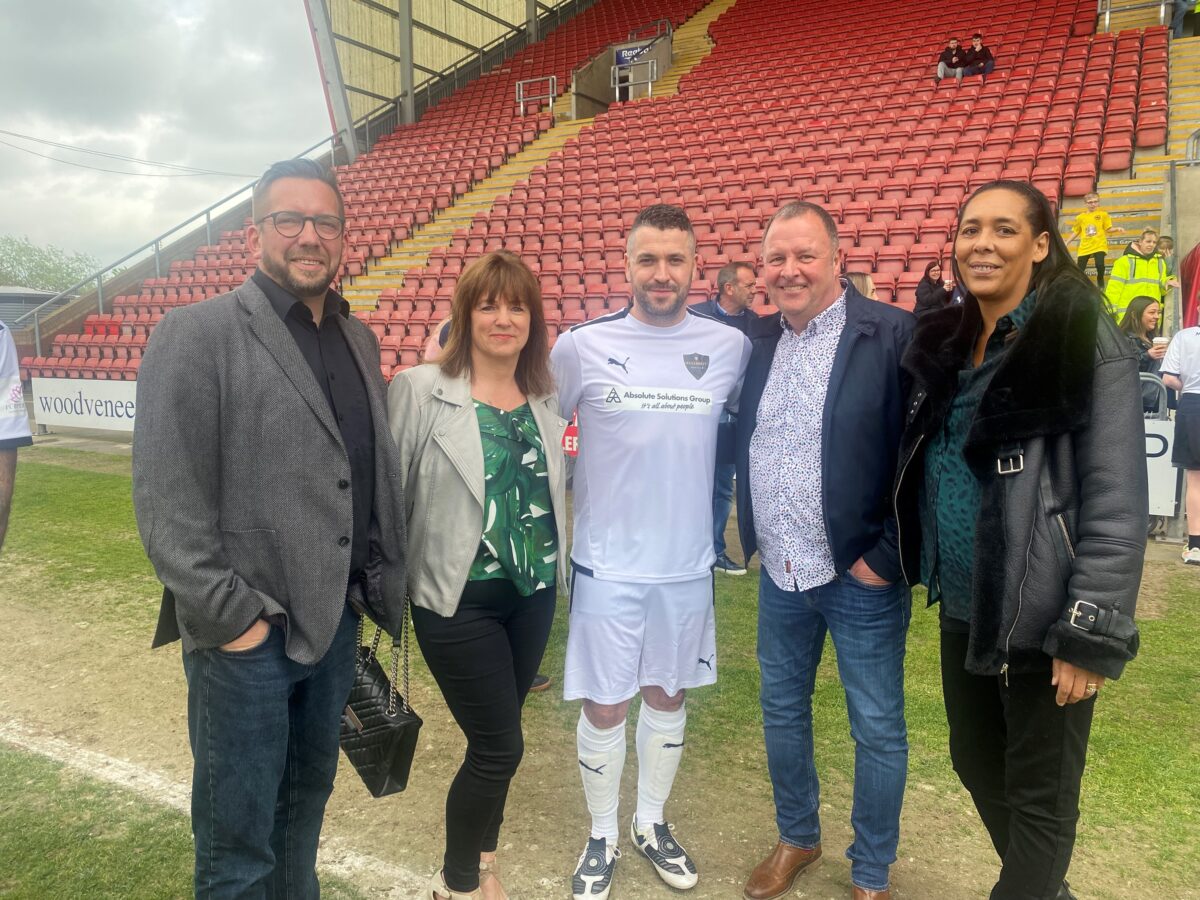 Crewe-based Absolute Solutions Group is well-known for its ability to match Candidates with its Clients’ vacancies. But on Sunday May 1st, the company was concentrating on an entirely different sort of match; Absolute were proud to have been one of the two main sponsors of a celebrity charity football match in support of Liverpool’s Alder Hey Children’s Hospital.

“We’ve had a great day supporting a great cause,” said Dan Marshall, one of Absolute’s CEOs, “It will be a couple of weeks until we know exactly how much the event has raised, but any funding for Alder Hey Children’s Hospital will be gratefully received, I’m sure.”

The star-studded event was organised by Sellebrity Soccer, the charitable organisation founded by ex-footballers and managers, Kevin Cooper and Darren Eadie. Sellebrity Soccer organises celebrity football matches across the UK for dozens of worthy causes and has raised over £1.3 million to date.

Absolute’s sponsorship saw the ‘Whites’ – captained by singer and actor Shayne Ward and wearing white kits emblazoned with the Groups logo and ‘It’s all about people’ strapline – celebrate a 5-3 win over the ‘Blues’ in front of nearly 1,000 charity supporters and footy fans.

“We’re proud to have been involved in such a memorable event,” said Jessica Marshall, Absolute’s other CEO, “and I think it’s testament to the people of Crewe that so many people turned out today and that so many local companies also got involved in the sponsorship. This is what Crewe’s all about!”.